There are often a lot of preconceptions about the “white boxer” as you don't see them often and there are rumors that they are unhealthy.

Well, don't let this put you off, the white boxer is just as sweet and sociable as its yellow and brindle varieties!

However, it is true that a white boxer is not allowed to be bred and that you cannot participate in beauty contests in Belgium, as the white color is not officially recognized. A lot of time has been put into breeding colored variants and these could disappear if they were bred with the white boxers. That is why many breeders are ashamed if there is a white boxer in their litter and they are often put to sleep at birth. Yet many forget that our breed needs this color.

When the breed was established, only white boxers were bred. This has led to the fact that in our yellow and brindle boxers the white is still present in the form of the characteristic white spots on the face and at the chest. In the current breed standard, the boxer body should not be more than 1/3 white.

If the presence or absence of congenital deafness is taken into account, there is no further reason why people should not buy a white boxer if they like it! The White Boxers within a litter are treated with the same care and tenderness as the other puppys and are subjected to the same health examinations by the vet.

In short, a white boxer is just as sweet, playful, boisterous, suitable family dog as its colored counterparts… Only the color is different! 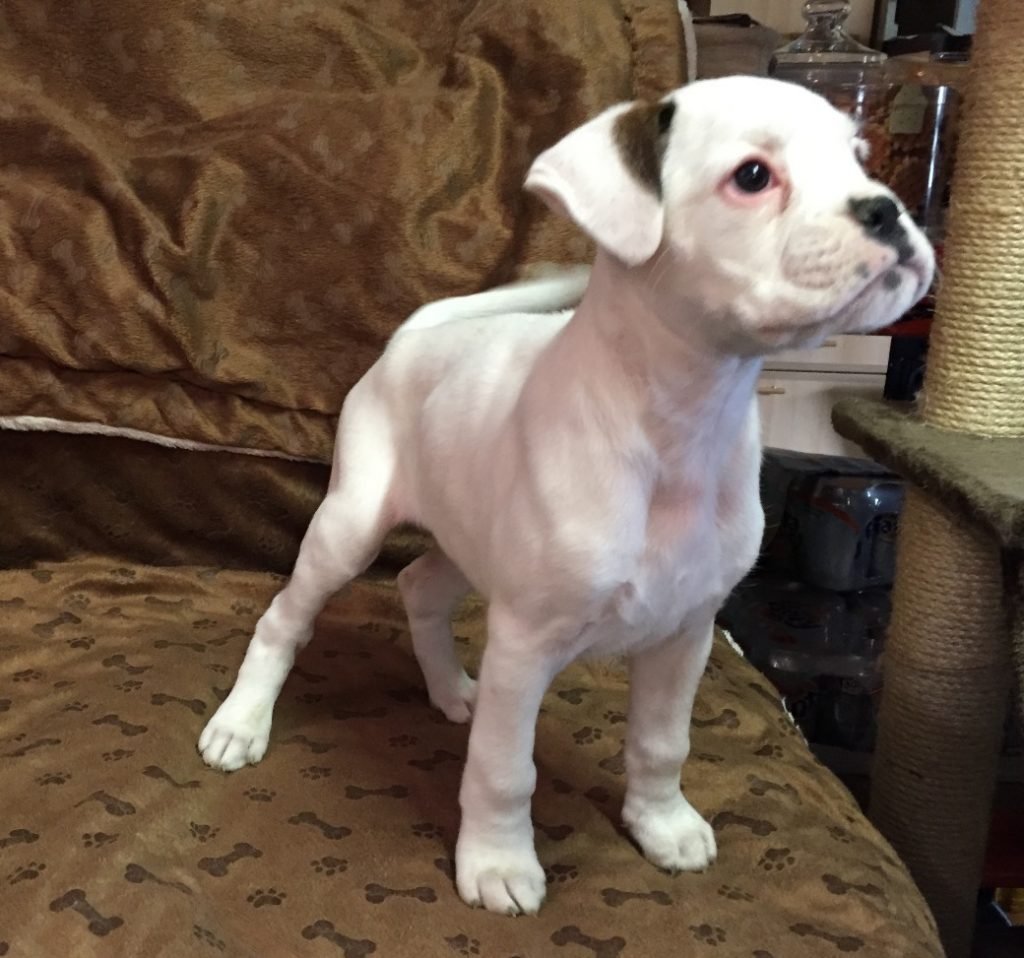